A/N: Before we get started, I just want to let those who aren’t on tumblr know I haven’t had internet for a while, and then I had a bunch of adult stuff to do when moving back home (joy). Unfortunately this meant I didn’t upload my audio part to this in time, and since this internet struggles to even load pictures on this site… well, sadly that’s not happening. But I’ve written it out more or less verbatim, which means it’s in present tense for impact. Okay, here we go!

“Tell me everything,” Law had said.
And so Lukas did.

Luaks’ face is distant and his eyes are low; there’s something hesitant about him but when he speaks it is with conviction.

I was young when my father left us. Too young to really know him, but with the pieces I found out later I learned he had left because he was a gambler, and he and his partner had got into debt with some very bad people. And so he left, and he left us behind to deal with his mess.

Then, when I was eleven, my older brother left. He wasn’t our father – he agreed to go with them, to work off the debt. But I could tell they weren’t regular criminals even then. They were something more. Something other. Something entirely more dangerous.

We never heard from him again. I’m sure he died soon after. I have this… this feeling that I’m the only one left.

Our family continued as best we could. We were poor. Everyone was poor after the war, but we were threadbare. Still, I was a gifted student. There was a scientist nearby who needed a research assistant and I agreed to go on a week long trip with him, hoping it was the start of some income flowing in.

I had no idea what would happen next. No idea.

When I returned, my family was dead; my mother and my twin brother. I won’t – I can’t –

And Lukas breaks off. He turns away, and though Law can’t see it, he’s fighting back tears. Talking about family is never easy, even with many many years to dull the blade of grief. He takes a moment to compose himself, and then he speaks again.

They were dead. That’s when it really started, for me.

A woman found me inside sobbing. I only remember her cursing and saying she was too late over and over and over, lamenting about the fact that they couldn’t stop them in time. She said she was sorry so many times that the word lost meaning, but she gave me comfort. She promised to help me. That was all that mattered right then.

She took me to a compound. I was too broken by grief to take account of the path. I awoke in a room of white light and she was there, waiting. She told me about vampires, about how she and the group that had taken me in were vampires too, and how there were vampires out there who wanted nothing more than to destroy, like how they had destroyed my family. She promised me that she would find out who did it, that she would convince the group to find them. But nothing was free, and so I worked for them.

Lukas takes a deep breath and steels himself. What he’s about to talk about is hard in a completely different way than talking about family. There’s shame involved here, and there’s guilt, too.

They call themselves the council. Twelve seats lead them, filled with vampires from old families. Most vampires can’t reproduce – or at the time they didn’t understand the mechanisms of the virus well enough to be able to reproduce – so they would turn candidates and welcome them into the families. This woman, Menna, was one of them. She was due to take her father’s seat within the decade. She was everything they valued; conniving and manipulative and ambitious, and every so often she would bring me projects. They were never anything I was quite comfortable with… they would push my comfort zone out a little each time. And I let them, Law, God forgive me but I let them.

Each time I looked back she told me about another lead they had found about the vampires that had killed my family. She would taunt me with it, bait me with it, and so I would stay for longer and I would work for them on these awful projects.

And then, a year after I was turned at eighteen I looked back and opened my eyes properly for the first time since waking up in the compound. The promise of knowing my family’s killer wasn’t enough to stop me then. I wanted the truth but until then I was too scared to accept the truth of my own situation. It became obvious I was working for the people that had killed me family, the same people that my father had owed a debt to.

I knew this because when I truly looked at the situation I was horrified to see what I had done… what I had been doing for years. I was experimenting on a child, Law. A child. I don’t deserve… anything really, forgiveness least of all… but here I am with the audacity to beg you for freedom.

I couldn’t do much. My situation was perfectly calculated to give me the least amount of freedom possible. I knew it was stupid, but I had to get out that night rather than plan my escape. I couldn’t stay a moment later. Looking back, I’m sure that impatience had saved my life.

The boy I let escape. It was the most I could do for him; he wouldn’t want to run with me after what I’d done to him. He had to find the way out himself and I had to hope that the strange powers I’d infused him with was enough. I don’t know if it worked. I probably will never know. 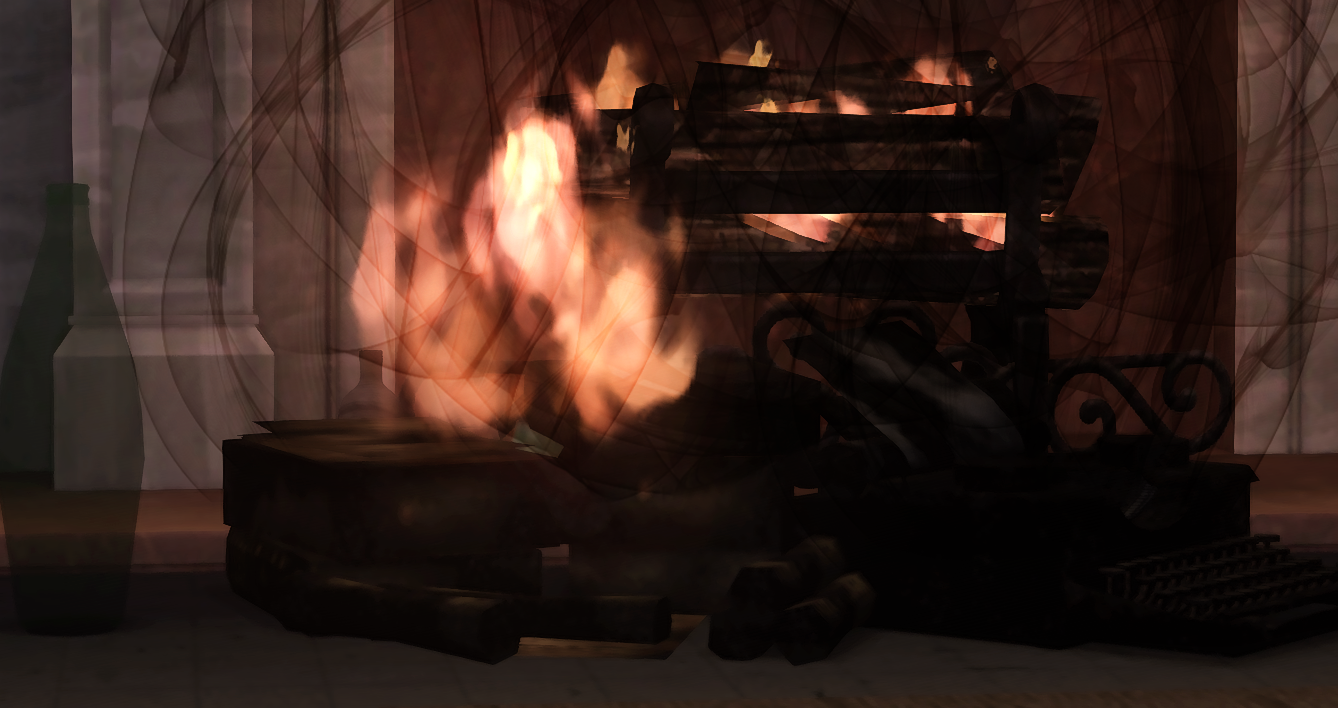 And then I destroyed as much of my research as I could. I had given them secrets to creating half breeds and new kinds of supernaturals… This potential for an abused army to bring their unquestioned dominance over the supernatural world. I burned as much as I could and then I ran. I tried later to destroy myself too, but somehow I lived. During the day I lost my nerve to try again.

So I hid. Eventually I came across a new solution. The council do not apply their debts to humans, Law, not in the same way that they do to vampires. They can do all in their power to manipulate them into accepting the bite, but their laws state they cannot turn the humans without consent. Over the years they’ve twisted this as much as they could, almost as if it’s a game to them, but they do obey it.

When I realised that, I began contemplating finding a way to become a human again.

There’s so much out there, so much magic, that there must be a way whether that’s through science or something else. If I could just make this work, I would be another human again. I would get lost within the billions of others and I would know never to let myself be Turned… and I would be safe.

And now Lukas breaks away from Law’s intense gaze to stare out of the window, rain misting out of the glass. And Law can see the exhaustion, evident in the way Lukas’ shoulders are always slumped, and in the way that sadness sticks to him like a second skin. Everything has become clear in retrospect and it isn’t just the signs of his otherworldly nature. It’s the fear, too.

Law and Lukas’ relationship has always been professional, but there’s been a wall between them that has been more than that. Law realises that it was this, it was the weight of the threat and loneliness hanging over Lukas.

And maybe Law agrees because he sees himself in that loneliness, and even though some of his family is just absent, not – gone, he’s experienced an echo of the loss within Lukas and it’s hard enough to bear as it is. Maybe it’s because Law cares for Lukas more than he thought he did. After years of working with him, it’s hard not to have something more than admiration for the man.

And so it’s with the foolishness of a boy still a teenager that he says, “I’ll help you.” 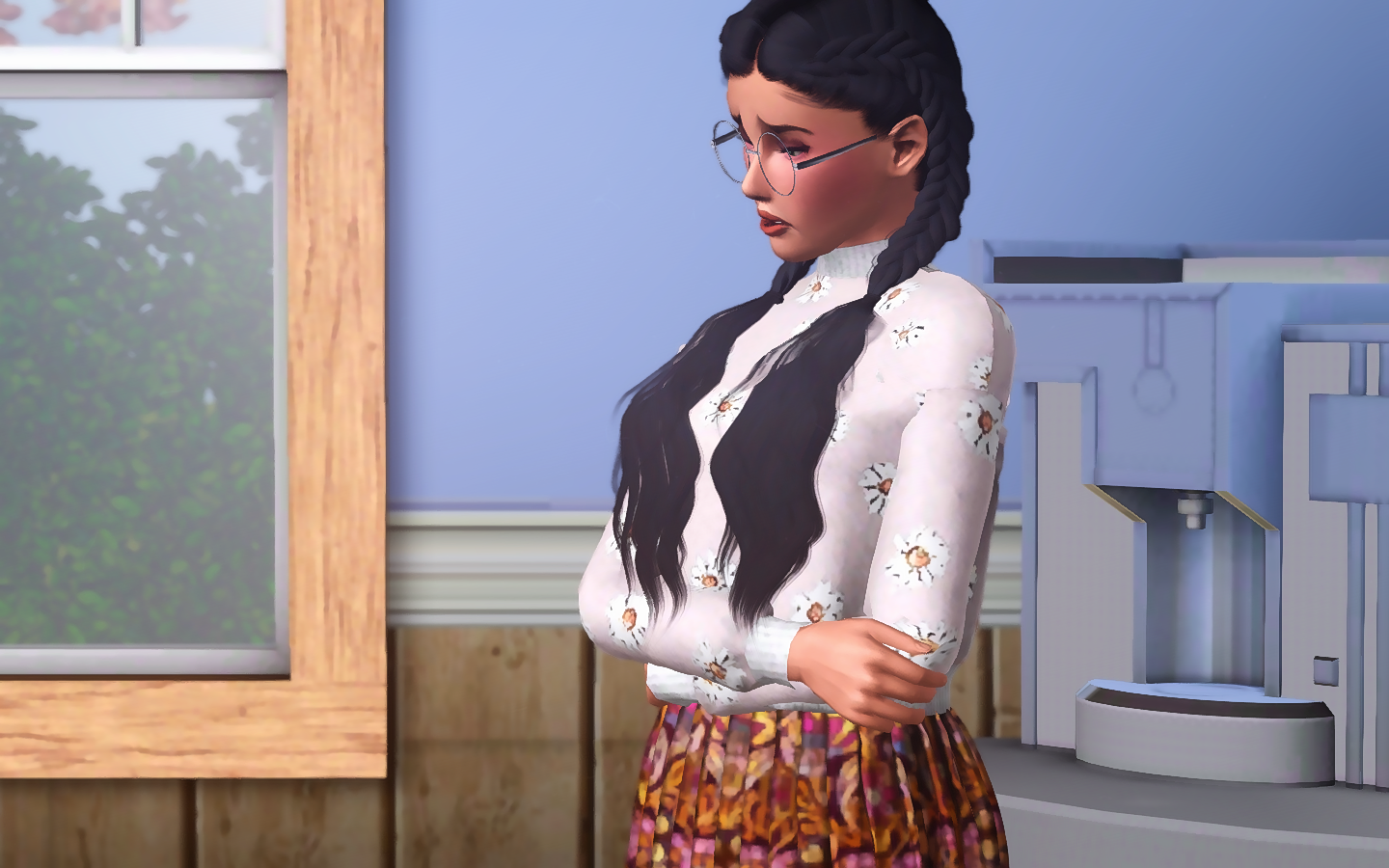 Echo had come into the break room to wait for Law to finish; she had recently passed her driving test and was trying to practice by driving her flatmates to and from places they needed to go if it was on her way too. Law’s lab was only a slight detour from her theatre, but since she had finished the day earlier than expected she had texted him to expect her.

The window was open and a breeze lifted her skirt ever so slightly. With the breeze came words, and she hadn’t listened until she heard her brother’s voice.

Law had shared all the details of the virus with Echo, but even so she couldn’t follow the jumps in Law’s mind. She hadn’t found the water bottle or seen Lukas display extraordinary strength, but at the mention of her uncle’s name she remembered Loxley telling her the story of the scientist who had first inspired him.

Echo trusted her brother and his brain. So when he leapt to that conclusion, she assumed he was right, and when Lukas said he was in danger, she trusted the genuine terror in his voice.

And when Law promised him a cure before the summer, Echo wondered if the vampires were someone they needed to be scared of too.

I hope the present tense wasn’t too jarring there. As I said, I copied it down as close to the audio component as I could, including the pauses and whatnot, so if it reads funny, hopefully it’s just that. I lowkey hate that it’s present tense as this is not to be confused with the prologues which actually take place in the present of the story, but changing it just isn’t working and I don’t want to spend another week sitting on this, soooo…

Before I go, I’ll just let you know that I have written the rest of the generation. They’re going to be posting once a fortnight starting this Sunday, I think, to get me back on track. Depending on how much work I get done on the Quest and my story over on tumblr, there will either be a break or I’ll just jump right into generation three.

Hopefully you’ll see me in the comments soon! ❤