There was no better life than the one Lukas got to live. 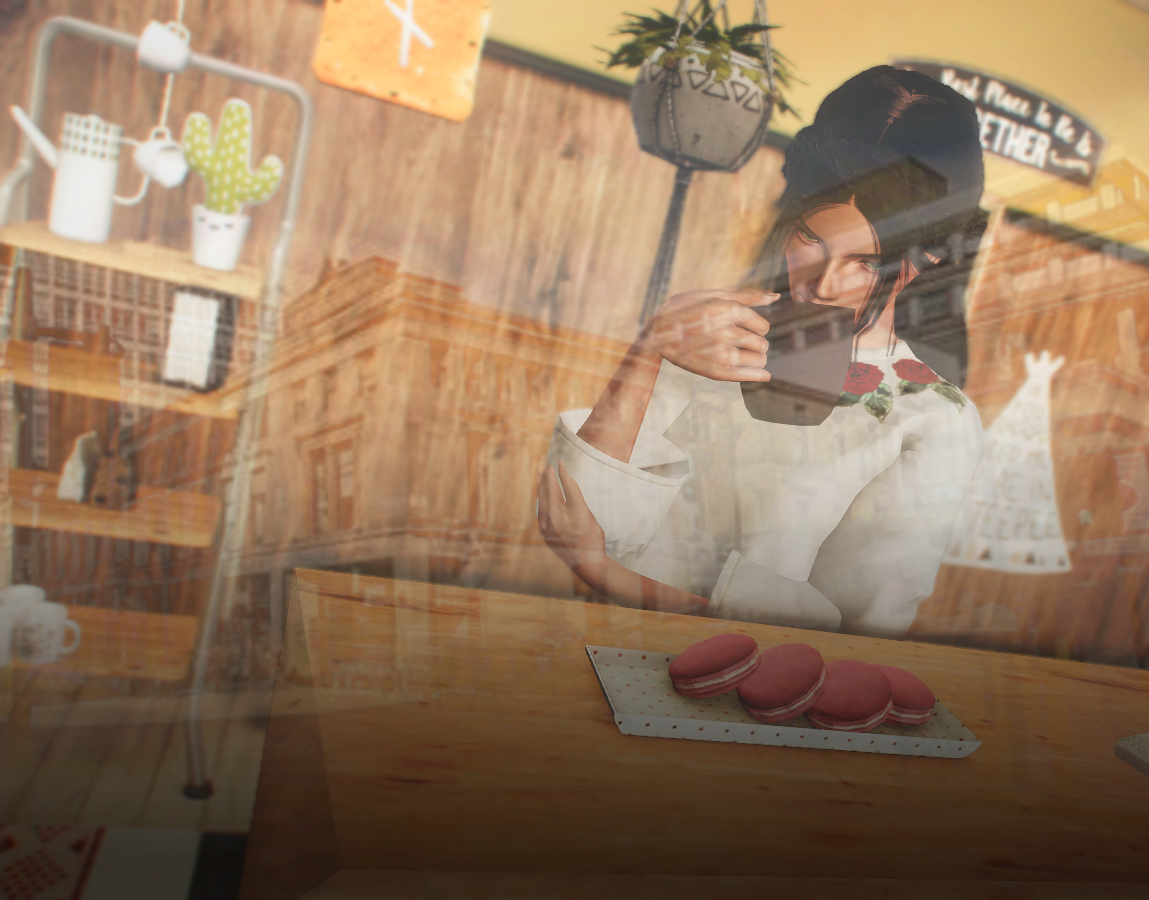 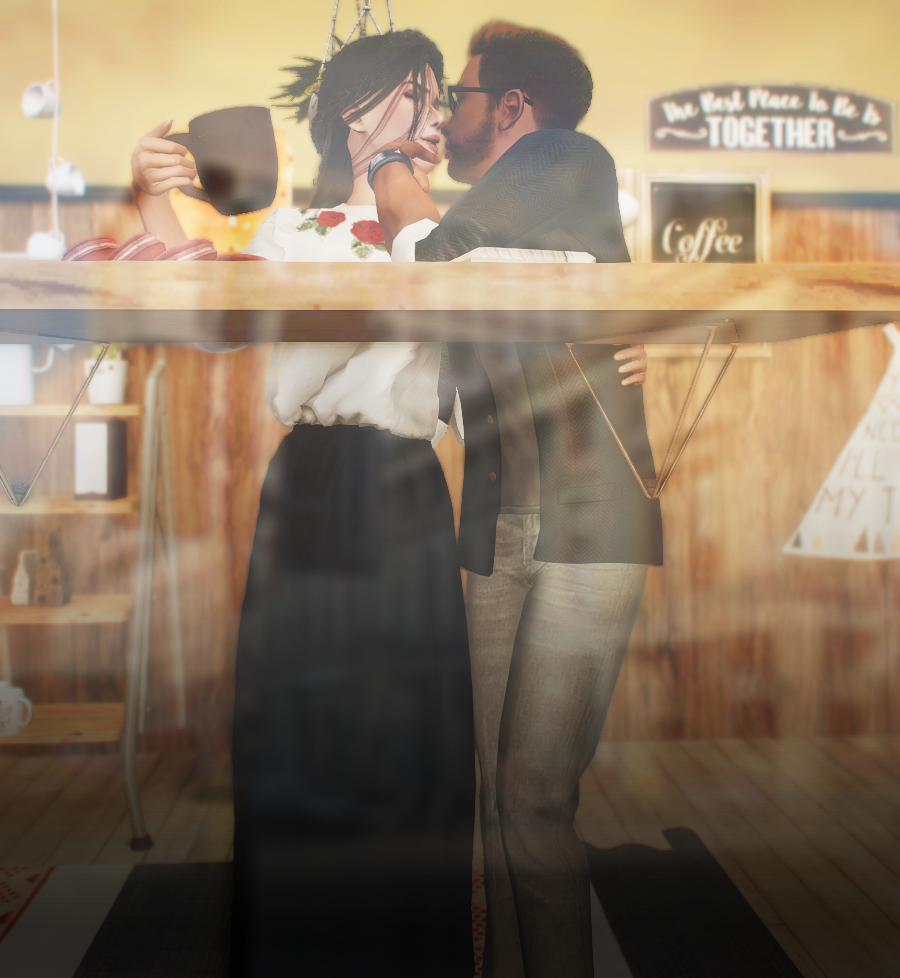 Moments snatched in their first year together, the stolen seconds between busy meetings and appointments. Clandestine, in the beginning. Coffee shops on side streets and restaurants recommended by foodie friends and adventures on the many lochs and hills of Scotland. And then a familiar routine, of catching those kisses and sharing those looks between classes. A wonderfully simple thing. A lovely thing. A tender thing. Not wild; no, but not tame, either. Warm, of the sort that is only offered to those truly relaxed moments. The warmth of company, not of temperature.
The warmth of knowing this was no ephemeral thing. 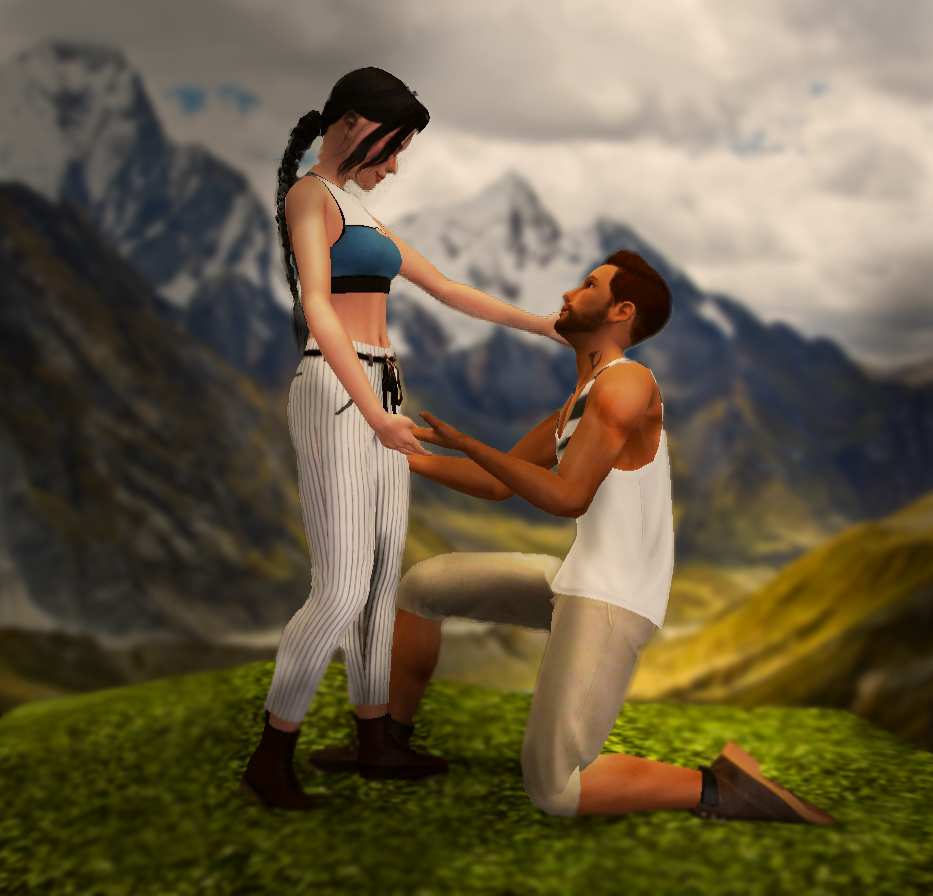 One moment, in particular, cocooned in the middle of a first holiday abroad. Heavy breaths from exertion the only conversation between them, and then –

And then the view, in front of them. Of reaching mountains dusted with snow, clouds encircling the apexes, of yellow-green grass falling away to the valley beneath, of a ribboning river snaking its way towards the salvation of the ocean.

Of her, glowing, truly lit from within. With passion. With love. With that firm adoration that was so hers. The view was humbling, as always.

As were the mountains.

There was no ring, but what did it matter? He could have done nothing else in that moment. It was if something compelled him to drop to one knee, looking up with love at the woman who he would never truly understand. 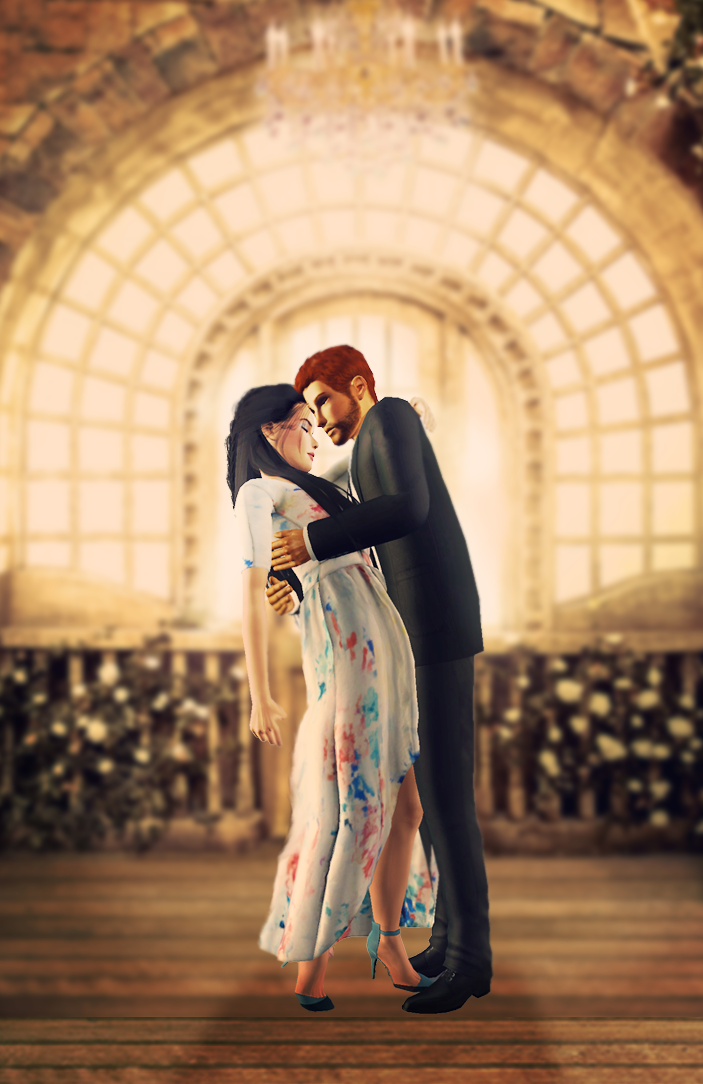 A moment dancing in the orange rays of the sun, the dance familiar and practiced, but today exciting; the first dance as one. The eyes of family watching, their hearts swelling, the scene forever crystallised in all memory.

A moment of closeness; of oneness; of body and of soul. 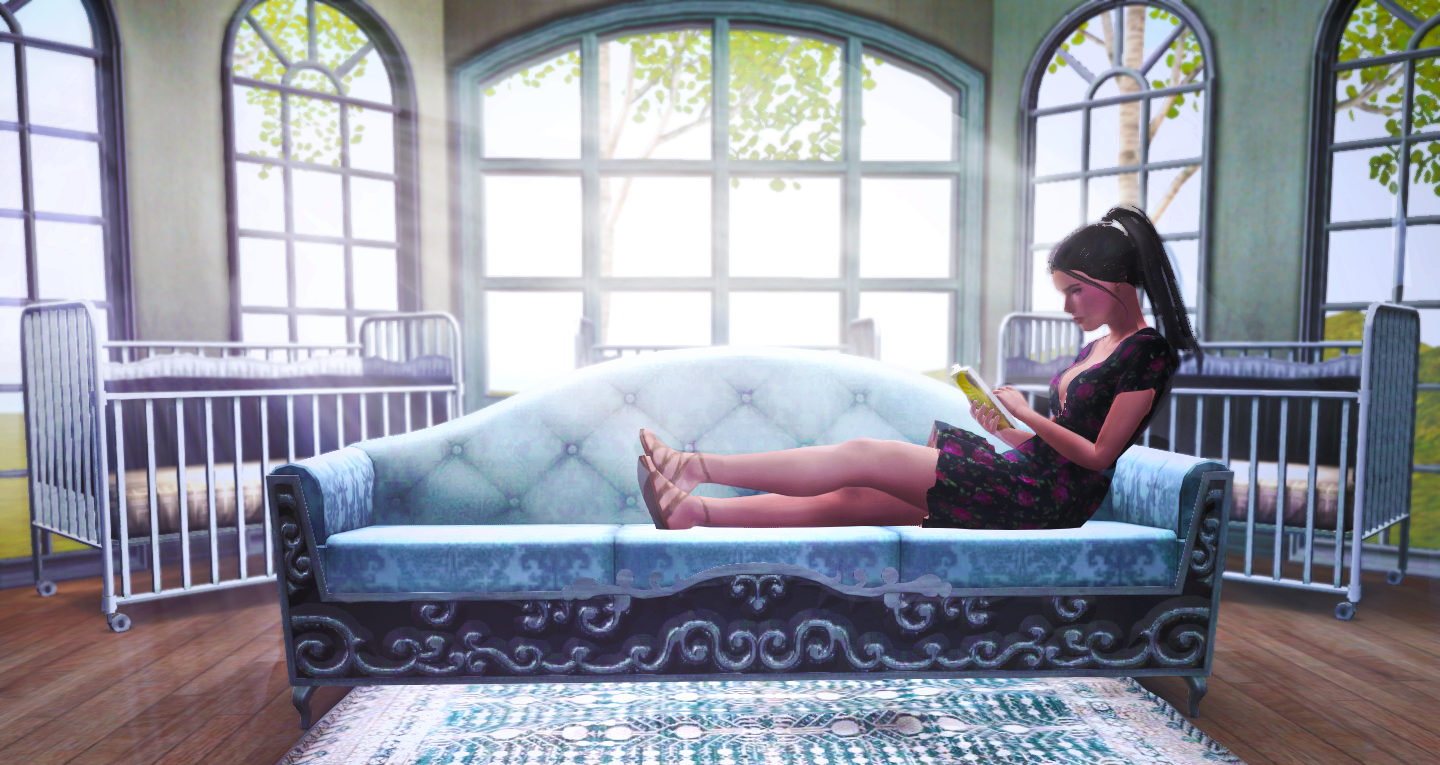 A moment taken surreptitiously, all the more precious for she was unknowing of the observation. White rays of light streaming through the new room, catching on bars of cribs and the sofa and, most of all, her. Holy, in that moment. Coveted by the sun herself. Hard to blame the heavens for that; in all ways but the halo she was an angel. 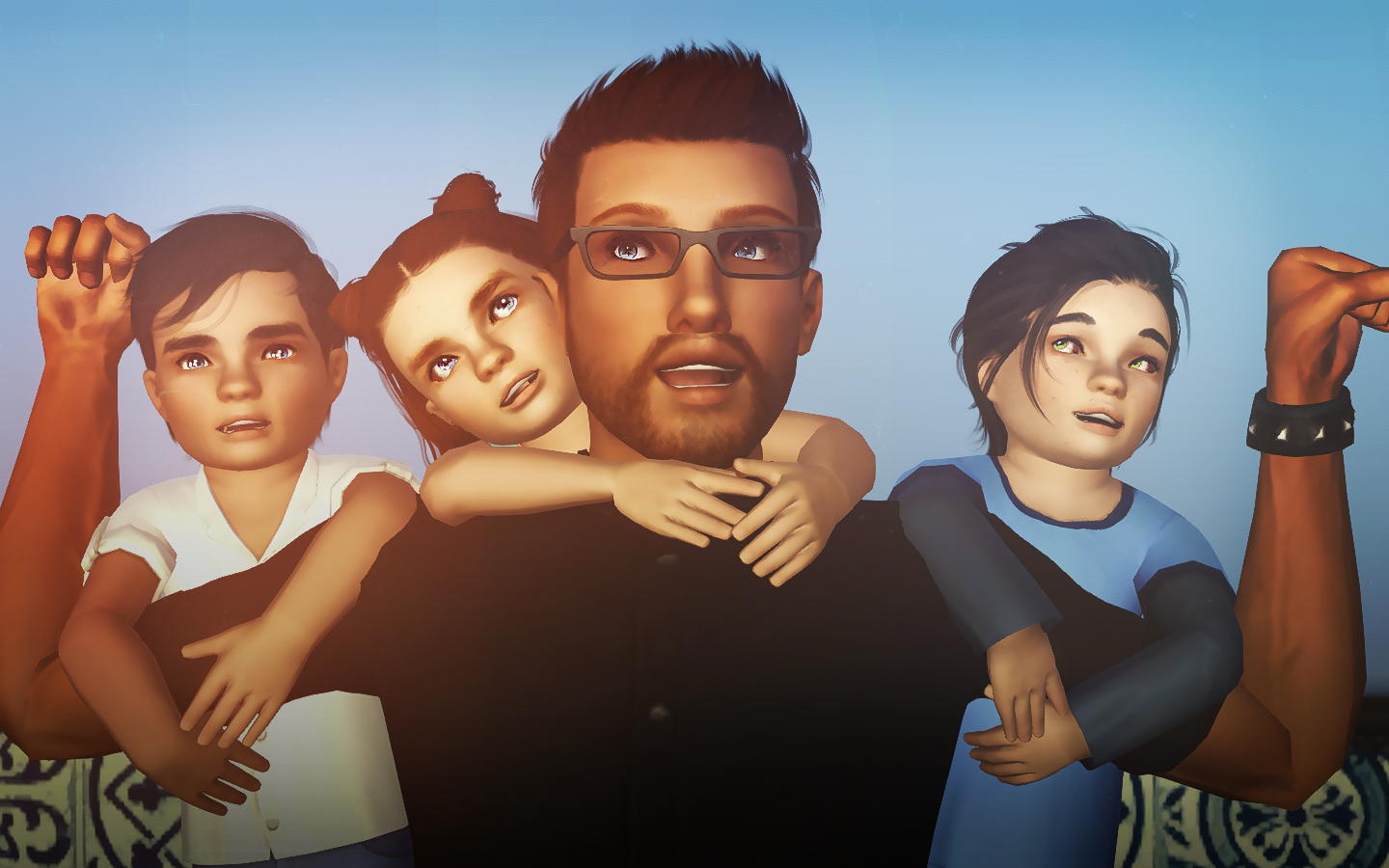 One moment of many. Of family. Growing triplets and, later, a growing belly. Screaming and squealing and laughing. So many noises – overwhelming, but lovely. The house was alive. For better and for worse. It shone with it. He shone with it. His own family.

These moments nestled themselves deep into his heart. They would live there for as long as he did. 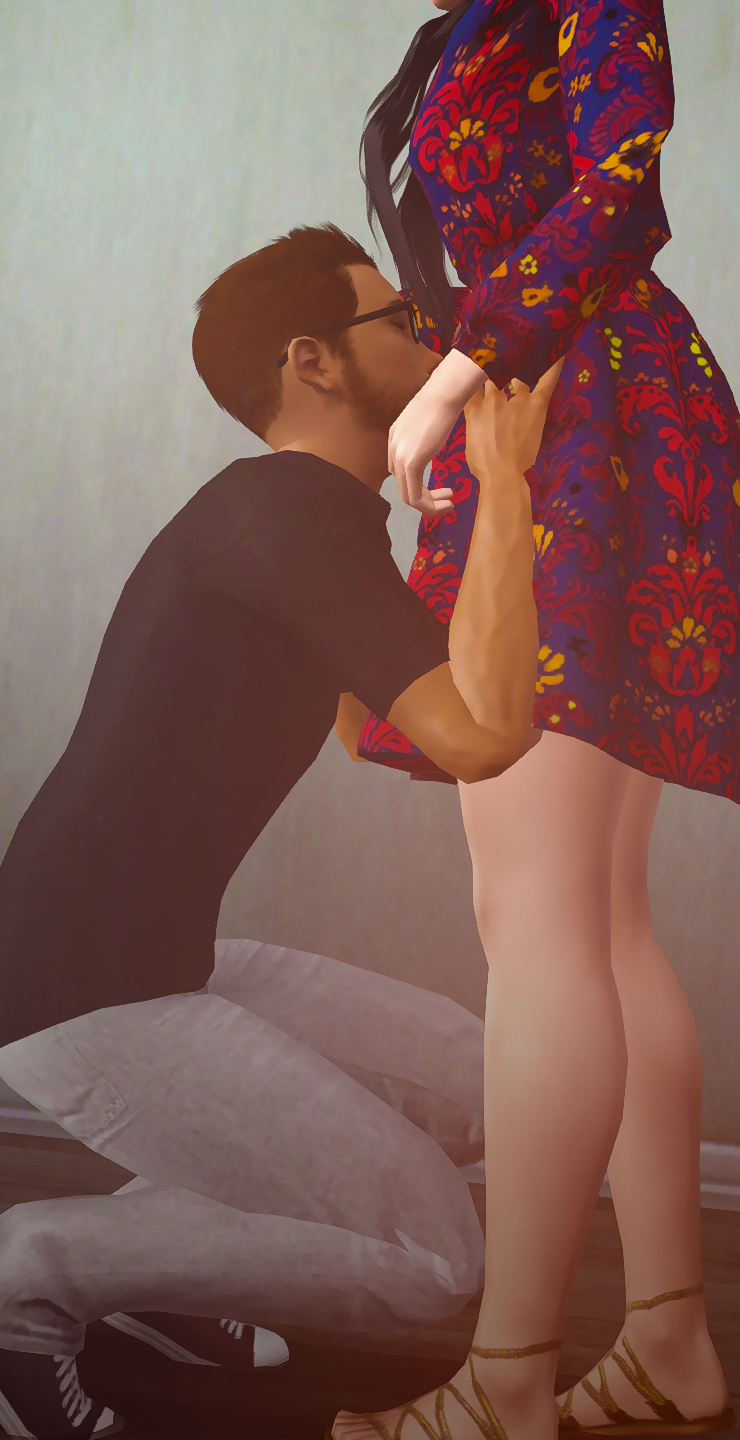 The first moment he felt the first kick of his last child. Dropping to his knees was no more a thought than it had been when he’d gone to one. Worship was a silly word to say out loud, but isn’t that what he did for her? When he kissed her, wasn’t he performing a rite? When he held her, wasn’t he praying? When he whispered to her, wasn’t that a song of praise?

Perhaps in the eyes of the holy it was wrong to revere an idol, but if she wasn’t a sign of God, God did not exist. 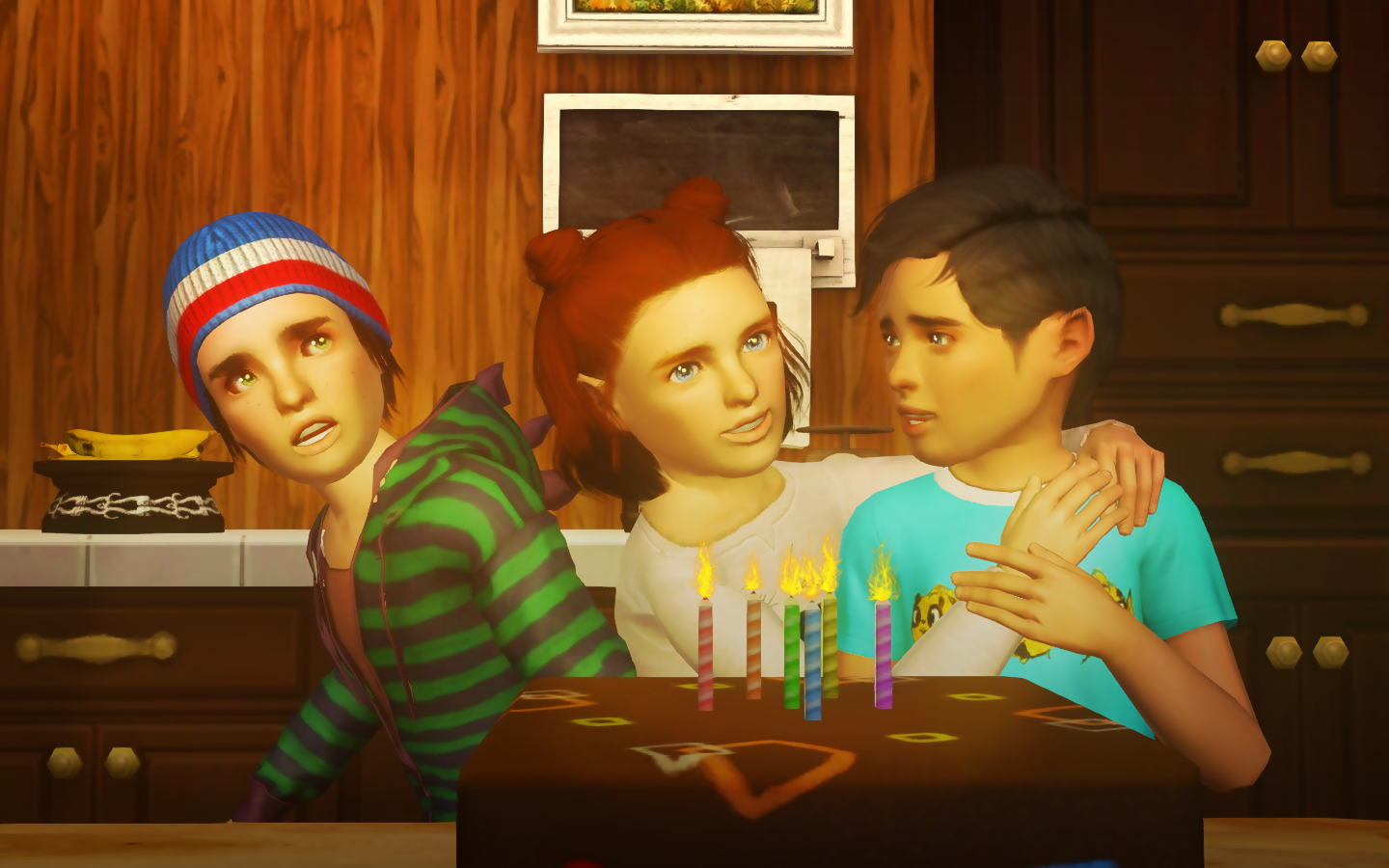 And then a moment that served to remind him of his mortality. For what would do that but watching your children grow up? An orange glow from the candles, dripping wax, dripping time, dripping years, bathing the faces of his triplets, their namesakes watching, he hoped, from somewhere he could not see and would not go for many years. Ayr, stuffed into an oversized hat – despite (because of?) his complaints about decorum and wearing hats indoors is improper. Isabelle, grinning with the easy confidence picked up from her, already sophisticated, no need for a cake and a new number to prove it. Quinn, quiet unless in the presence of his siblings, a true rock of faith and wisdom, grounding them all.

A breath. An absence of light. A new mark on the kitchen wall. A new victory for Ayr, now taller than the others. A new photo for the album – a new memory to treasure. X marks the spot. 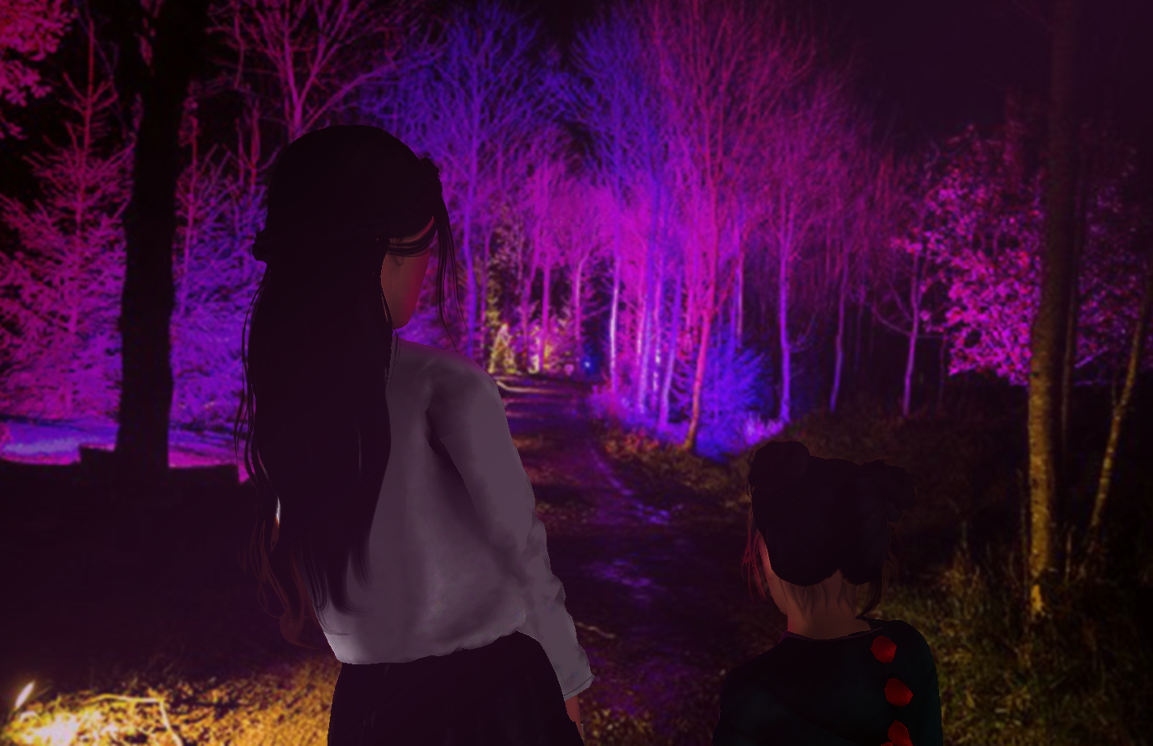 A moment, so much more recent than the others, sealed away in the vault of his heart for no other reason than the wonder. A dark forest lit by shimmering lights, ethereal at times, whimsical at others. A misted breath exhaled in amazement in the cold sharpness of November. A young child with pinks and blues splayed across her face, fighting for her shadow. Heavens, this girl, this slip of a girl, watching from big eyes. If she saw her shadow she would jump in fright. Her siblings took all the boisterous confidence; she was left timid, more ready to believe in the false reality of her nightmares than in the world around her. Than in the love around her. But she would claw her way to happy, given time.

He had been cut from stone, born again with violence tainting his blood, burned by false trust and left with ash. But now his life repainted itself, repaired itself. No more the broken blade. No more the wary shell. No more the cowering pet. Rebuilt into a force of simple goodness, by her hands. Made worthy by her hands. Given life by her hands.

-ahem- I’m home, and while I was away couch surfing I put my time to good use. Namely watching photoshop tutorials on youtube. I am so PLEASED. I may even post the before images somewhere because some of them are very different. The only one I don’t really like is the candles one – I made the mistake of editing my reshade picture, which was already orangey. I didn’t notice until later and now I can’t be arsed doing it again. Live and learn.

Some of them – namely the proposal/wedding and light show – are obviously not a background from the sims, haha. I’m sure I don’t need to reassure you that this isn’t going to be commonplace. I just wanted to try something different out for this sorta time skip/montage chapter. The first two, you can hopefully tell, are pictures taken through a ‘window’ – I’m not sure if it’s obvious to me because I edited them that way, or if it actually is clear and doesn’t look stupid.

Two final things. One – the last picture is inspired by the light show that happens in a Scottish village called Pitlochry – it’s very quaint – that the family live about an hour or so from. And my last note is that… I know I’m a week early with a post, so I don’t know yet if I’ll go back to my usual fortnightly posting with something next week, or stick with this new one. I was just too damn excited and didn’t want to wait!